Why Women Live Longer than Men

Why Women Live Longer than Men

In all developed countries and most undeveloped ones, women outlive men, sometimes by a margin of 10 years. In the U.S., average life expectancy at birth is about 79 years for women and about 72 years for men.

Menopause is a major determinant of the lifespans of both women and men.

A women’s lifespan depends on the balance of two forces.

⚈ One is the evolutionary drive to pass on her genes.
⚈ The other is the need to stay healthy enough to rear as many children as possible.

Menopause draws the line between the two. It protects older women from the risks of bearing children late in life and lets them live long enough to take care of their children and grandchildren. 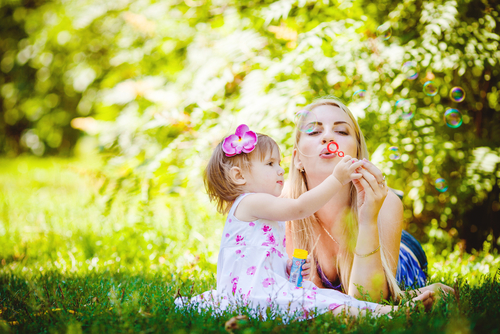 As for men, Harvard researchers believe that their purpose is simply to carry genes that ensure longevity and pass them on to their daughters. Thus, female longevity becomes the force that determines the natural lifespan of both men and women.

Interestingly, most animals do not undergo menopause.

It seems that menopause evolved in part as a response to the amount of time that the young remain dependent on adults to ensure their survival. Pilot whales, for example, suckle their young until age 14, and they, along with humans, are two of the few species that menstruate.

Human females eventually become so frail that bearing children involves a high risk of death. Earlier in evolution, that was as young as 35 to 40 years old.

Anyone who developed a genetic alteration that caused infertility, i.e., menopause, obtained a survival advantage over females who continued to be fertile and died bearing children.

The gender gap is most pronounced in those who live 100 years or more.

Among centenarians worldwide, women outnumber males nine to one. In all the studies involving centenarians from eight cities and towns around Boston, Harvard researchers say that eighty-five are women.

The mortality gap varies during other stages of life.

Men are four to five times more likely to die than women.

This time frame coincides with the onset of puberty and an increase in reckless and violent behavior in males. Researchers refer to it as a “testosterone storm.”

Most deaths in this male group come from motor vehicle accidents, followed by homicide, suicide, cancer, and drowning.

The difference between male and female mortality narrows until late middle age.

More men than women die, due mainly to heart disease, suicide, car accidents, and illnesses related to smoking and alcohol use.

Heart disease kills five of every 1,000 men in this age group, and men are more inclined to put on fat in the abdominal area, which is associated with higher rates of heart disease. 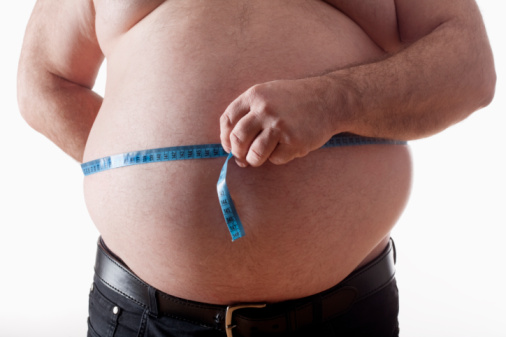 Women, by contrast, more often carry fat below the waist. 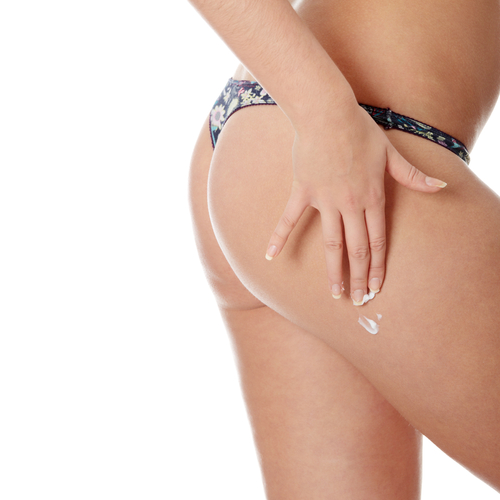 It seems likely that women have been outliving men for centuries and perhaps longer. Even with the sizable risk conferred by childbirth, women have out survived men at least since the 1500s.

Although, in the United States between 1900 and the 1930s, the death risk for women of childbearing age was as high as that for men.

Since then, improved health care, particularly in childbirth, has put women ahead of men again in the survival struggle, as well as raising life expectancy for both sexes.

It is important for readers to note that a longer life does not necessarily mean a healthier life, however.

Statistically, men have and are more likely to succumb to fatal illnesses like heart disease, stroke, and cancer, while women live on with non-fatal conditions such as arthritis, osteoporosis, and diabetes.

In a nutshell, while men die from their diseases, women live with them.

⚝ One contributor to the gender difference in lifespan is the influence of sex hormones.

The male hormone testosterone not only increases aggressive and competitive behavior in young men, but it also increases levels of harmful cholesterol (low-density lipoprotein), raising a male’s chances of getting heart disease or stroke.

Emerging evidence suggests estrogen treatment after menopause reduces the risk of dying from heart disease and stroke, as well as of dying in general.

⚝ One of the most common reasons as to why women live longer than men is because of how a woman’s heart can become more active. 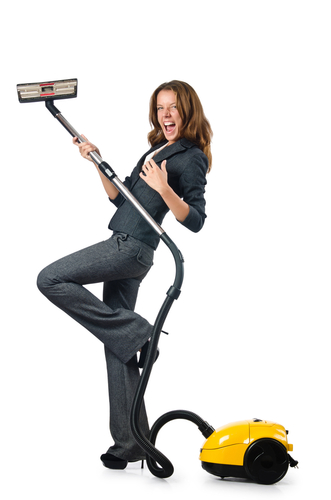 A woman’s heart tends to be more active primarily because of how the menstruation process causes the heart to exercise and to work at a greater level.

What happens in menstruation that causes a woman’s heart to become active is that the estradiol hormone is released in the woman’s body during the process.

Estradiol will work to give the woman’s heart a greater amount of energy because this is an especially powerful form of estrogen that can cause her heart to be more active.

It is more powerful than other types of estrogen that can be in a woman’s body.

Because of the workout that is given to the heart during the menstruation period the heart will be able to work at a better rate and as a result to help with getting one’s biological age reduced.

A longer life means survival of the fittest, and women, evolutionarily speaking, are more fit than men.

The longer a woman lives and the more slowly she ages, the more offspring she can produce and rear to adulthood. Therefore, evolution would naturally select the genes of such women over those who die young. 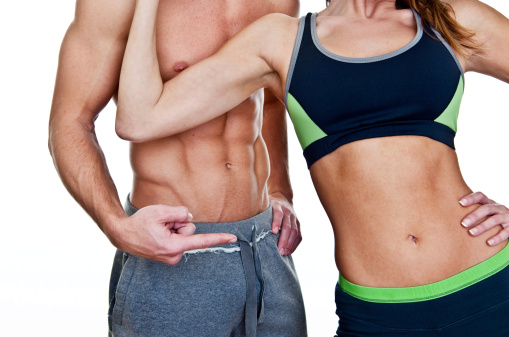 Long-lived men would also have an evolutionary advantage over their shorter-lived brethren.

However, research points out that studies of chimps, gorillas, and other species closely related to humans suggest that a male’s reproductive capacity is actually limited more by access to females than by lifespan.

And because men have not been involved in childcare as much as females, survival of a man’s offspring, and thus his genes, depended not so much on how long he lived, but on how long the mother of his children lived.

In their studies of centenarians, Harvard researchers Perls and Fretts that a surprising number of women who lived to be 100 or more gave birth in their forties.

These 100-year-old women were four times as likely to have given birth in their forties as women born in the same year who died at age 73.

A study of centenarians in Europe by the Max Planck Institute of Demography in Germany the same relationship between longevity and fecundity.

This does not mean that having a child in middle age makes a woman live longer.

Rather, the factors that allow certain older women to bear children—a slow rate of aging and decreased susceptibility to disease—also improve a woman’s chances of living a long time.

Extending that idea, that the driving force of human lifespan is maximizing the time during which woman can bear children.

The age at which menopause eliminates the threat of female survival by ending further reproduction may, therefore, be the determinant of subsequent lifespan.

If this is true, then the genes of female centenarians hold the secrets of a longer, healthier life. And these are no ordinary genes.

Whether the average person drinks, smokes, exercises, or eats her vegetables adds or subtracts five to ten years to or from her life.

But to live an additional 30 years requires the kind of genes that slow down aging and reduce susceptibility to conditions such as Alzheimer’s disease, stroke, heart disease, and cancer.

In summary, centenarians are a tremendous resource for the discovery of genes responsible for aging and the ways in which aging occurs.

Finding these genes could lead to testing people and determining who might be disposed to accelerate aging via diseases such as Alzheimer’s, cancer, heart disease, and stroke. Such individuals might eventually be treated to extend the prospect of their living longer.

Although women can expect to live longer than men, the gap is closing.

Death rates have begun to converge in the past 20 years.

Some researchers attribute the convergence to women taking on the behaviors and stresses formerly considered the domain of males—smoking, drinking, and working outside the home.

Deaths rates from lung cancer, for example, have almost tripled in women in the past 20 years.

One study concluded that, on average, middle-aged female smokers live no longer than male smokers, and that smoking is the greatest equalizer.

Other reasons why women outlive men include the fact that women are more likely to consult a medical practitioner when they experience adverse symptoms.

Men, by contrast, tend to ignore problems and hope they will go away.

Men are more likely to consider it a sign of weakness to acknowledge symptoms of illness.

They are more inclined to be stoic and ignore bodily signals that may indicate serious problems until it is too late to do anything about them. 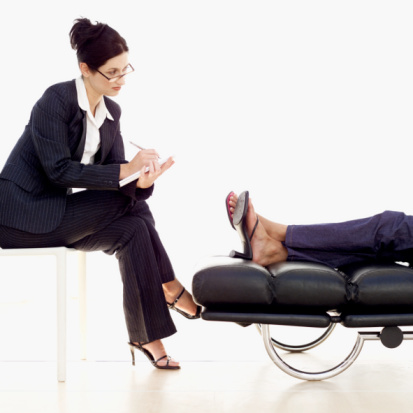 Lastly, men are more inclined to suffer work-related stress and to have less well-developed social networks of supportive friends.

Many married men rely almost completely on their wives for emotional support, making them more vulnerable in the case of divorce or death of a spouse.

Suppressing emotions can also play a role in undermining physical health among men.