Why Bi-Lingual is the Modern Power Brain

Why Bi-Lingual is the Modern Power Brain 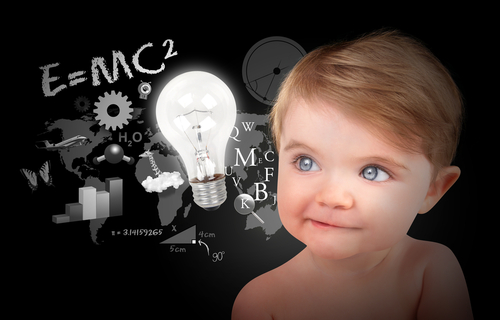 I have always been a huge fan of languages; not because Chinese is my first language and my middle schools and high schools offered a few other popular foreign languages with Latin roots, but because I had a small obsession with connecting with people from all over the world who would come to vacation in Florida (where my parents submerged the family in the hospitality industry).

I didn’t realize it then, and not even when one of my best friends was learning Arabic in college, and I taught myself how to read what looked like worms on the page.

Science has always been a huge supporter of languages for the human intellect and multi-language households are not only trending strongly throughout the U.S., it is looking that way in most of the world.

Here are some scientific facts regarding multi-languages and children that parents may find really interesting:

Between birth and five years of age, the human brain is hard-wired for learning multiple languages. After age five, this critical window begins to close and it gets much harder to acquire a new language and a good accent.

This is why foreign language immersion programs are gaining in popularity across the United States, Canada, and have been in place in most of Europe, Asia, Australia, South Africa and other parts of the world.

In fact, early childhood foreign language exposure allows developing brains to better master both or multiple languages better than a mono-language environment and utilizes more of the entire brain.

Contrary to popular belief, science has proven that multi-languages does NOT confuse children and their developing brains. They quickly adapt and learn which languages categorize with which.

“Babies gain understanding long before they can speak, and benefit from having a rich language environment, because babies actually learn to talk by listening.”

“Babies and young children have incredible early learning skills and are uniquely equipped to learn the building blocks of one or more languages starting at birth.

The developing brain unconsciously tracks the sounds and contours of the languages that surround them, noting the patterns and the subtle differences between sounds. This is an ideal time to introduce foreign languages to kids and to encourage cross-linguistic learning.” (Source: LittlePim.com)

“makes people smarter by improving cognitive skills not related to language and shields people against dementia in old age.”

I found Bhattacharjee’s explanation of the key difference between bilinguals and monolinguals very interesting. “The key difference between the two is a heightened ability to monitor the environment. “Bilinguals have to switch languages quite often — you may talk to your father in one language and to your mother in another language,” says Albert Costa, a researcher at the University of Pompeu Fabra in Spain. “It requires keeping track of changes around you in the same way that we monitor our surroundings when driving.” In a study comparing German-Italian bilinguals with Italian monolinguals on monitoring tasks, Mr. Costa and his colleagues found that the bilingual subjects not only performed better, but they also did so with less activity in parts of the brain involved in monitoring, indicating that they were more efficient at it.

The brain undergoes a massive amount of energy while learning two or more languages as babies and children. Psychology Today found that the brain uses, “deliberate focus of attention on specific input and withholding of focus from simultaneous distracting input to analyze the language being used. In turn, brains need to evaluate and determine not only the meaning of words, but also which patterns of sentence structure and grammar apply and recognize nuances of pronunciation unique to the language of focus.” This equates to better memory and decision making skills.

Early-Advantage highlights great takeaways for parents or anyone, actually, wanting to learn a second, third or fourth language for themselves or their loved ones:

News.Discovery.com has a great article regarding different brains and whether some brains are more “apt” to learn languages than others. Though the article played middle of the fence on the answer, stating that everyone will either work hard and learn new languages because they put in the time, really enjoy languages (just like any sport), or are surrounded by foreign language speaking people and sources, neurologists do all agree that certain parts of the brain that decipher between the different sounds of foreign and dominant language begin to close as early as nine to twelve months (and after 4-7 years old, the approach to how the brain learns the codes the languages shifts into another more mechanic instead of innate mode).

I say that it is never too late to learn a new language, and the best way is to fully immerse yourself in another culture by traveling to that destination. For parents of young children, I urge you to seek out language resources and begin creating that environment of foreign language for your children that is fun and playful (either through music, school or theater  and begin nurturing and shaping better and more powerful minds.

Newer Top Men’s Health Concerns and How Acupuncture Can Help (Anna Dolopo)
Back to list
Older Importing Disasters: Why it’s Good To Buy and Eat Local