There are so many different types of teas available on the market these days and just as many studies and reports boasting their antioxidant, immune-boosting qualities. To a non-tea master that devotes hours upon hours studying, steeping and drinking teas, it is pretty hard to know which ones are truly the authentically ones with healing powers. Tea masters joke and point to traditional Lipton and other American tea bags and call them “sweepings from the floor.” I do have to admit, there are so many different types of teas out there, but to make it easy on consumers, I suggest coffee and tea lovers to start drinking matcha green tea as part of their daily regiment because of the amazing energy and healing potential it delivers. This Japanese tea is different because it is grown in the shade to increase the chlorophyll content, hence its emerald and bold green color. The health benefits of matcha tea exceed those of green tea because when you drink matcha you ingest the whole leaf, not just the brewed water. It is so powerful that Zen Buddhist monks drank it to remain alert and calm during long hours of meditation.

What makes matcha green tea one of the earth’s top powerhouse foods? Studies suggest green tea can reduce the risk of cardiovascular disease, dental cavities, kidney stones, and cancer while improving bone density and cognitive function. Just one cup of matcha green tea has as many antioxidants as 10 cups of regular tea and is a much better substitute for coffee because there are no nasty headaches from caffeine cravings or crashes. The caffeine in Matcha tea attaches to the catechins (antioxidants in the tea) and is released into the bloodstream slowly as the catechins are broken down. This gives the drinker sustained energy rather than short bursts of intense energy, followed by lows.

It is important to note that both coffee and teas are heavily treated with pesticides, herbicides and artificial fertilizers, unless labeled organic. Purchase organic matcha green tea whenever possible. Another term to note is that not all matcha teas are created and sold equally. Just as supplements are not supervised and regulated by governmental organizations, there are many cheap brands that add fillers and low-quality matcha. Read reviews and purchase from reputable sources and tea from Japan. 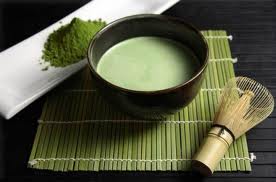 Below are additional health benefits to matcha green tea:

Matcha green tea contains up to 5 times more L-theanine than conventional green tea. L-theanine is an amino acid with psychoactive properties, capable of inducing alpha wave activity in the brain. 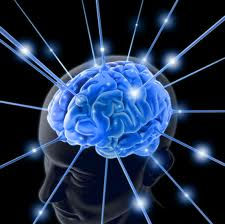 Although matcha contains some caffeine, the relaxing properties of L-theanine counterbalance the “jittery” effects of caffeine. Therefore, a cup of matcha green tea promotes concentration and clarity of mind without producing any of the nervous energy typically associated with coffee.

Matcha’s dark green color is because of the chock full of chlorophyll. Chlorophyll is a great detoxifier for the body. That is why dark leafy greens (vegetables) are so great for the body. Chlorophyll clears the body of toxins, heavy metals, poisons, dioxins, and hormone disrupters.

A 1999 study featured in the American Journal of Clinical Nutrition demonstrated that green tea extract rich in catechins has thermogenic properties and promotes fat oxidation beyond that explained by the tea’s caffeine content.

It was found that consuming green tea increased thermogenesis (the body’s rate of burning calories) from 8-10% to 35-43% of daily energy expenditure. Another study demonstrated that exercising immediately after drinking matcha green tea resulted in 25% more fat burning during exercise. 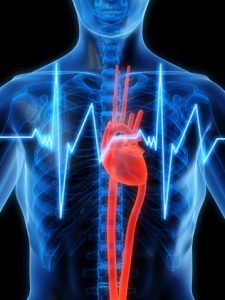 Known as a famous “Blue Zone,” where people live consistently past 100 years of age (and are happy), in Okinawa, Japan. They attribute their anti-aging life to the regular consumption of matcha green tea, moving every day with purpose, meditation, working and having a spiritual faith. 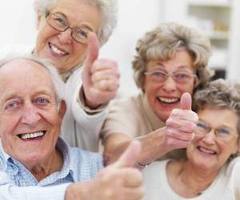 Matcha green tea is the most popular green tea in Japan but is rapidly gaining more popularity throughout the world because of its ability to combat inflammation, oxidation, and aging. In some studies, matcha proved to prevent age-related diseases of the eye, such as glaucoma.

Green tea contains potent antioxidants called catechins (you have heard this word a lot so far), which scavenge for dangerous free radicals in the body. The most powerful catechin found in green tea is EGCG (epigallocatechin gallate), which is believed to be a powerful anti-carcinogen.

A 2003 University of Colorado study confirmed that drinking 1 cup of matcha green tea has 137 times the amount of antioxidant EGCG compared to a conventional cup of green tea (who really knows if conventional tea truly is “sweepings from the floor”)?

To properly brew the matcha, scoop 1 teaspoon of matcha green tea concentrated powder into a bowl and add about 4 ounces of hot (not boiling) water. Use a bamboo whisk and mix the solution (30 seconds) until light and frothy. You can add raw stevia, raw honey, organic raw blue agave and almond milk for a sweet drink or drink as is. Many people enjoy sprinkling matcha on their yogurt or in their smoothies, too. What a delicious way to add that extra punch of energy and immunity!

Newer Eat Your Colors! The Rainbow of Foods for Longevity
Back to list
Older Six Easy Tips for Greater Health and Longevity (Anna Dolopo)