I came across several great articles on cookware safety. I particularly liked a website by Ron Kurtus, called “School of Champions” and among the many articles he writes, a spotlight on Cooking Surfaces was well looked into. Kurtus proceeds to talk about the harmful ways metals, aluminum, Pyrex, Teﬂon coating, stainless steel and pot materials can leach into our foods when we cook with them and how we should all move toward stainless steel and waterless cookware.

Though Kurtus warns that every cooking material may leach metal into the foods, especially under high temperatures (this is why the RAW food evolution is growing in popularity); it is always good to know the potential dangers of metal and chemical leaching by the tools we use to cook our foods.

Metals/chemicals leaching into foods may cause:

☛ Serious changes in organs including the brain, prostate, liver, thymus, and kidneys, showing toxicity.
☛ Death of several rat pups due to PFOA (read below for more deﬁnition and more information on PFOA) exposure.
☛ Changes in the pituitary in female rats, at all doses. The pituitary controls growth, reproduction, and many metabolic functions. Changes in the size of the pituitary indicate toxicity.
☛ PFOA has been associated with tumors in at least four different organs in animal tests, and has been implicated in an increase in prostate cancer in PFOA plant workers.

Below lists sources of how foods can be contaminated just by using some of the most popular cooking tools. Become Familiar with These Vocabulary Words.

Beware of these dangerous chemicals and metals! 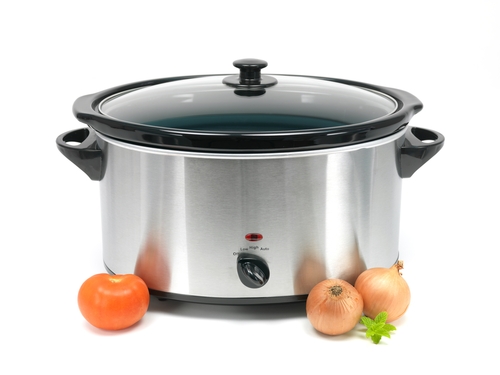 A variety of materials are used in pots, pans, and cookware. With so many different cookware on the market, which one do you choose? Are the expensive ones better for our bodies? Not necessarily. Polished aluminum is very popular, because of its lightweight, but can leach aluminum into your meal based on the level of alkalinity of your food. Teﬂon coatings are also popular, because of their ease of cleaning, but do not last for long durations of time. Iron pots with ceramic coatings are still used. Cast iron pots used to be quite popular, but they are very heavy. Stainless steel cookware is becoming increasingly popular, because of the purity of the metal.

All materials give off atoms and molecules when heated and when immersed in an acidic or alkaline solution.

Aluminum is fairly soft and will release more molecules into the food than harder metals used in other cookware. Alkaline foods will increase the amount of aluminum that leaches into the food. Kurtus says that there are some theories that aluminum in the food is a contributing factor in the increase of Alzheimer’s disease. This has not been proven, but some people have shied away from aluminum cookware, just in case. The amount of soda the average American drinks per year is staggering and people should understand that the manufacturing and shipping of these drinks, across sometimes more than 3,000 miles in the heat, can make that refreshing soda a chronically deadly drink.

This has become a popular alternative to plain aluminum. Aluminum placed in a chemical solution and exposed to electric current builds up a hard, non-reactive surface. This process is called anodization. The electrochemical anodizing process “locks in” the aluminum, but anodization can break down over time

Iron is known to leach into the food. In the Little House on the Prairie Days, and even into the 60’s, cast iron pots were a major source of iron in food. A natural non-stick pot, cast iron pots are great alternatives to non-stick pots. Since such pots are no longer used, it is thought to be a reason people sometimes need iron supplements.

Known to many (sometimes, no matter how much non-stick spray you use), iron pots are often difﬁcult to clean but they are durable and can withstand oven temperatures better than non-stick pots (that are not recommended for oven use) can.

Copper leaches into food when heated, prompting the FDA to caution against using unlined copper for general use. Accordingly, the cooking surfaces are usually lined with tin, nickel or stainless steel. Coated copper cookware can lose its protective layer if damaged or scoured. Keep in mind that the metals of the “protective” surface can also end up in your food. 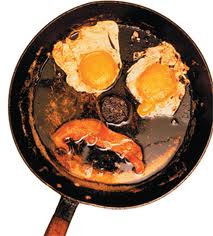 Why should we familiarize ourselves with PFOA? PFOA is a synthetic chemical that is used in the manufacturing of traditional nonstick cookware coatings. The coating itself is called polytetraﬂuoroethylene (PTFE)–most commonly known by its trademark name Teﬂon. The 90’s and 2000’s newest hype was Teﬂon, but there are large concerns with the gas formed when introduced into high heat. PFOA is not present in the ﬁnished Teﬂon, but can be formed as a gas when the coating is subjected to high heat and begins to degrade. Some reports suggest that this gas is released even when the heat is not extremely high. An EPA Science Advisory Board recommends upgrading the category of a substance, PFOA in this case, from “possible human carcinogen” to “likely human carcinogen.”

“Statistics reported by the Cookware Manufacturers Association indicate that 90 percent of all the aluminum cookware sold in the United States in 2001 was coated with non-stick chemicals like Teﬂon (Cooks Illustrated, September 2002). Chemicals and tiny, toxic Teﬂon particles released from heated Teﬂon kill household pet birds. At least four of these chemicals never break down in the environment, and some are widely found in human blood.” (EWP, 2012)

Another problem with Teﬂon is that with age, particles of it can ﬂake off and get into the food, making every meal look like it was peppered with pepper. Although it is not considered a health issue, care should be used in cleaning Teﬂon pots and in using old Teﬂon cookware. Never use a hard scrubby on the Teﬂon cooking surface and wait until the pot is cooled to clean it.

Pyrex has an extremely low transfer rate of molecules. It only can be used in the oven and not on the stovetop. Many older pyrex dishes have plastic tops. Beware of heating with the plastic top on or washing the plastic tops in the dishwasher, for this can leach cancer-causing carcinogens into the food upon consumption.

Just like Grandma used for those delicious casseroles, glass is still one of the most inert of all cookware, meaning that it does not leach metals or other ingredients into the food, however research does show even glass may contain lead (which we all know is very harmful to our bodies). Glass cannot be recycled in its true form. They can be bought used and depending on the quality, can be versatile enough to serve multiple functions. Their longevity is limited by breakage.

This line of cookware boasts a new non-stick material called Thermolon. It is being billed as the ﬁrst environment-friendly, PFOA-free, PTFE-free non-stick cookware and uses a ceramic-based nano non-stick technology. It has earned a Good Housekeeping Seal, has been endorsed by hunky celebrity chef Todd English, and the 6-piece set is relatively affordable. There is debate on nanotechnology’s safety because of the new-ness of these pans and the lack of testing with it.

How do you know if your food is tainted by your cookware? A good measure is if the food tastes metallic. Consider a change in your cookware. I also encourage people to take daily doses of cholera and spirulina to chelate the toxins from cookware and foods out of the body safely.

Bamboo is a renewable resource, does not necessitate mining and uses relatively little energy in manufacturing. Bamboo cookware has a short lifespan, but its environmental impact is relatively small. It can be used to steam foods but cannot be used to stir-fry a meal.

Endorsed by Dr. Mercola, Ceramic Cookware is a relatively non-stick, non-reactive (no chemicals, toxins, or gases get produced while cooking) cookware that resists carry-over tastes and odors—even highly acidic foods (like tomatoes) and will not stain your cookware surface or be absorbed into other foods.

Ceramic cookware contains no lead, cadmium, aluminum, copper, nickel, chromium, iron, or any other heavy metals. It will not leach into your food  and leave no trace metals or chemical leaching from the cooking surface, both potentially affecting taste and your health.

This is a strong selling point for the brand. 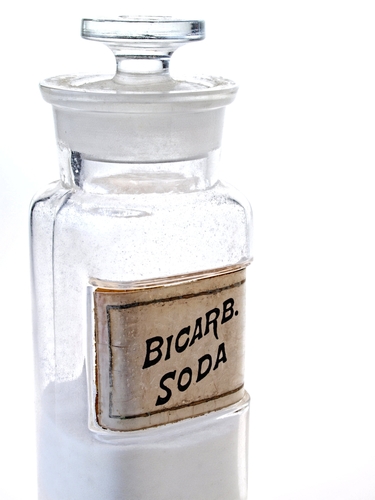 Baking soda in water is highly alkaline and reacts with aluminum to create the metallic taste in pots containing that metal. It also reacts somewhat in iron pots, but it does not react with new stainless steel.

Although the demonstration is dramatic, it is merely a sales tool. Most foods are not as highly alkaline as baking soda, and seldom—if ever—would you cook in baking soda. But still, stainless steel is a top choice for cookware material.” Take Away

The cooking surfaces of your cookware is important in determining how much metal leaches into your food. Acidic and alkaline foods will increase the leaching for certain types of cookware. Stainless steel is considered a great cooking surface and is typically used in waterless cookware. Many experts believe that titanium cookware, however, is best because it does not react with the food while cooking. High quality titanium cookware is proven to be a cancer prevention method. (You will invest a little more money, but well worth it!).