There are many different types of people with many different types of opinions when it comes to the type of water we choose to drink, cook, bathe and clean within our homes.  Mixed reports about the benefits of hard water as compared to soft water intertwine with personal preferences of how water should clean and how it should feel on our face and skin, complicate the definitive question of which is better.

As confusing as it may seem, there is no definitive answer, as both sides of the water fences have pros and cons. Let’s look into the differences of both hard and soft water and then you can decide which type best suits you and your family.

❖ “Hard water is any water containing an appreciable quantity of dissolved minerals.
❖ Soft water is treated water in which the only cation (positively charged ion) is sodium. The minerals in water give it a characteristic taste”.

Though many people may argue that natural mineral waters have a better flavor and higher health benefits, some people still opt to use soft water (which has said to be salty and not as preferable for drinking). This is where the water softener comes in. 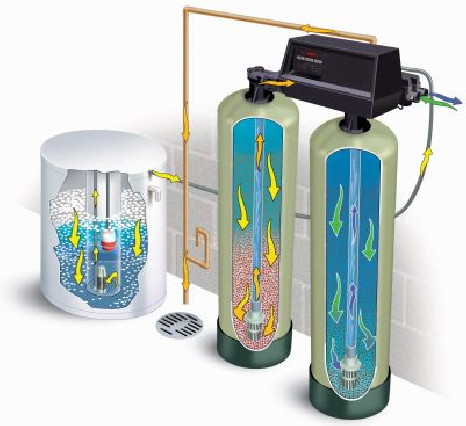 People who have chosen to install a water softener in their home say that hard water is, well, “hard” on the pipes and plumbing systems. Hard water may actually shorten the life of the pipes in the home and make cleaning agents less effective (except for laundry and dishwashing detergents that lather in both soft and hard water).

“When hard water is heated, the carbonates precipitate out of solution, forming scale in pipes and tea kettles. In addition to narrowing and potentially clogging the pipes, scale prevents efficient heat transfer, so a water heater with scale will have to use a lot of energy to give you hot water.

Soap is less effective in hard water because it reacts to form the calcium or magnesium salt of the organic acid of the soap. These salts are insoluble and form grayish soap scum, but no cleansing lather. Detergents, on the other hand, lather in both hard and soft water. Calcium and magnesium salts of the detergent’s organic acids form, but these salts are soluble in water” (Chemistry.com)

This next bit helped me understand the softening process.

“Hard water can be softened (have its minerals removed) by treating it with lime or by passing it over an ion exchange resin. The ion exchange resins are complex sodium salts. Water flows over the resin surface, dissolving the sodium. The calcium, magnesium, and other cations precipitate onto the resin surface. Sodium goes into the water, but the other cations stay with the resin. Very hard water will end up tasting saltier than water that had fewer dissolved minerals.” Got it?

Though most of the ions have been removed (in soft water), sodium and various anions (negatively charged ions) still remain. So now coming out of the faucets is slimier water with CaCO3 dissolved in it. 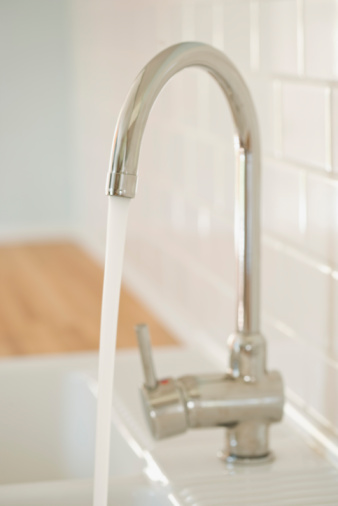 The advantages are that it keeps water using appliances clean and deposit free (especially the pipes), and is easier on clothes. Most soap works better, too (though some cleaning bars are designed to lather less).

Some disadvantages to soft water is that by adding extra salt to the environment, as some softeners do by replacing calcium and magnesium in the water with sodium by adding rock salt, the sodium concentration of the water may be too hard on indoor and outdoor plants and sodium will build up in the soil over time, causing degradation of soil structure.

Soft water also has a soapy and slimy feeling that may leave people feeling not clean, and may not be as good for the body when consumed (less minerals and may taste funny).

Hard water is not as good for sudsy soaps (less suds), but you may end up using more detergents just to wash, which in turn equates to less cleaning power and can fade clothes a lot sooner than soft water. Hard water has been argued to be cloudy, too, when compared to its soft water friend.

There are some advantages to hard water, however. Hard water has been touted across the board to be better tasting than soft (to many people), replenishes needed minerals into the diet, and leaves you squeaky (sometimes dry and rough) but with a very clean feeling, nonetheless.

I think the takeaway is up to the reader. There are many personal preferences when it comes to what type of water to have in the home and what tastes and feels “clean.” I did feel like I had to use less lotion after showering in soft water to maintain the soft, supple skin, however. I did not notice any difference in how hard and soft water tasted. I just made sure the water I consumed was filtered.

Newer Keep Your Skin Healthy with Acupuncture and Oriental Medicine
Back to list
Older Food, Sex and Love for Men