Carpal tunnel syndrome is generally caused by repetitive finger and hand use especially with improper positioning.

A nerve called the median nerve becomes compressed as it passes through the carpal tunnel, the narrow passageway of bones and ligaments on the underside of the wrist.

Conditions such as obesity, pregnancy, hypothyroidism, arthritis, and diabetes can also cause carpal tunnel syndrome. 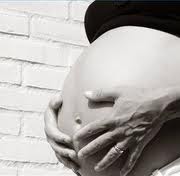 Symptoms usually start gradually, with frequent burning, tingling, or itching numbness in the palm of the hand and the fingers, especially the thumb and the index and middle fingers.

Some carpal tunnel sufferers say their fingers feel useless and swollen, even though little or no swelling is apparent.

The symptoms often first appear in one or both hands during the night, since many people sleep with flexed wrists. A person with carpal tunnel syndrome may wake up feeling the need to “shake out” the hand or wrist.

As symptoms worsen, people might feel tingling during the day. Decreased grip strength may make it difficult to form a fist, grasp small objects, or perform other manual tasks. In chronic and/or untreated cases, the muscles at the base of the thumb may waste away. Some people are unable to distinguish between hot and cold by touch.

What about carpal tunnel during and after pregnancy?

It is believed that carpal tunnel during and after pregnancy is due in part to the increase in blood volume, which dilates arteries and can cause swelling. Pre and post pregnancy hormones also cause fluid retention in the joints which in turn create more pressure on the traverse tendons in the wrists and exacerbate symptoms of carpal tunnel.

In most areas of the body, a little bit of swelling is easily accommodated, but in some women, it can be enough to cause problems in the wrist area.

For most women, symptoms will resolve on their own as the body gradually returns to their pre-pregnant condition but a small number will go on to have chronic problems. Because of this, it is very important that you do not ignore any symptoms or pain. Pain and swelling are the body’s way of immobilizing the area to prevent further injury.

Early treatment is perhaps the most effective way to prevent any serious complications of carpal tunnel syndrome. Waiting to begin methods of treatment can only hurt any chances of recovery. For those seeking recovery, pain treatment at a pain treatment center may be helpful.

Specific forms of treatment which may help sufferers include:

A scientific explanation is that acupuncture may release natural pain-relieving chemicals into the body, promote circulation in body, and balance the nervous system. For carpal tunnel syndrome, acupuncture points are generally on the wrist, arm, thumb, and hands, as well as other parts of the body such as the upper back, neck, and leg.

The number of acupuncture sessions depends on various factors such as how long you’ve had the symptoms, symptom intensity, how much you use your arms and hands, and your overall health. Although this form of therapy has not yet been proven effective, it may help reduce pain in those with carpal tunnel syndrome.

Acupressure is based on the same principles as acupuncture. Instead of applying needles to acupuncture points, the pressure is applied, which is thought to stimulate blood flow to the wrists and hands and ease numbness and swelling in the area.

Acupressure points for carpal tunnel syndrome are typically on the wrists, forearms, and hands.

Though easier said than done, try taking a break off of work, sports, or other strenuous activities that may negatively affect your hands. For breastfeeding mothers, try alternating your dominate and non-dominate hands when completing daily tasks, such as brushing your teeth, vacuuming the floor, and nursing or carrying your baby. 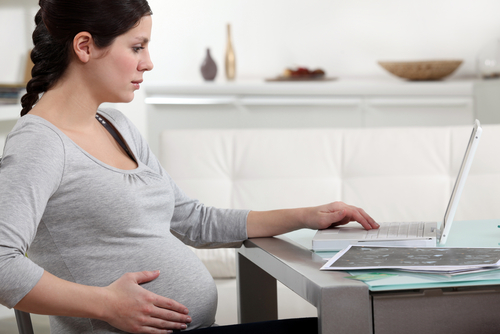 Try hand exercises or yoga. A study by the University of Pennsylvania looked at the effectiveness of yoga for 42 people with carpal tunnel syndrome. People in the yoga group did 11 yoga postures twice weekly for 8 weeks and had a significant improvement in grip strength and pain reduction compared to people in the control group, who wore wrist splints. 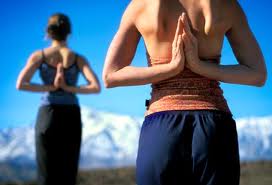 ❃ Use of a splint

Wearing a wrist splint may be a helpful, but short-term solution in relieving pain and excess pressure on the meridian nerve.

Anti-inflammatory drugs and steroids (often injected) are most common for treating pain in people suffering from carpal tunnel symptoms. While you might get relief now from an injection that is only a short term solution.  It won’t help the long term problem.  The root of your pain is in the lower arm, upper arm, chest, neck or upper back or many of those areas.

Muscles press on nerves and both muscles and nerves can cause carpal tunnel symptoms.  Posture can play a big part in carpal tunnel pain, too.

Massage your arm or get someone to massage your whole arm and the muscles in your upper chest near your collarbone and arm.  A professional massage therapist can make a huge difference. Those same places are good areas to apply cold or ice, also. 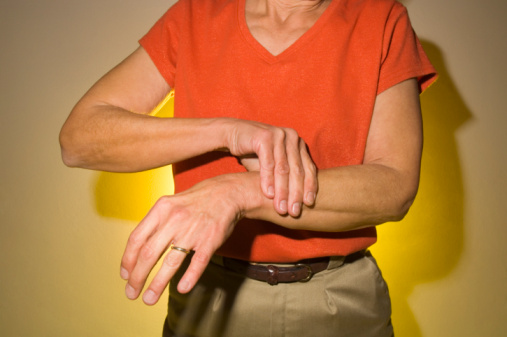 Applying ice packs to the area may help to temporarily relieve pain and possible swelling. Heat application will help to relax the nerves and muscles. Both are temporary.

A Japanese study of 174 university students found that students with lower levels of vitamin B6 showed symptoms of carpal tunnel syndrome. 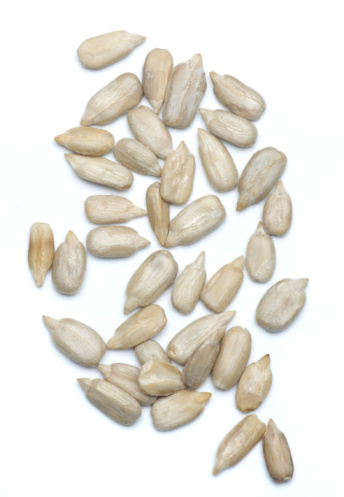 Risk factors for vitamin B6 deficiency:

❍ a diet lacking in vitamin B6
❍ use of oral contraceptives or HRT
❍ consumption of foods containing yellow dye #5, such as some types of macaroni and cheese and pickles
❍ stress

A typical dose of vitamin B6 for carpal tunnel syndrome is 50 mg 2 to 3 times a day. Side effects may include increased urination. It can take up to 6 weeks to notice an improvement. The maximum intake from all sources should be less than 200 mg a day, unless otherwise recommended by your doctor.

Such as bromelain or combination enzyme products (e.g.Wobenzym) may help to reduce tissue swelling associated with carpal tunnel syndrome. It can take several weeks to notice results. The main food source of bromelain is pineapple.

A double blind randomized study by the Department of Plastic Surgery of Queen Victoria Hospital in West Sussex, England examined whether arnica can speed up the recovery of hand surgery compared to placebo. People who took homeopathic arnica tablets and arnica ointment had a significant reduction in pain after two weeks. There was no difference in grip strength or swelling between the two groups.

A study looked at the effectiveness of vitamin B12 for people with carpal tunnel syndrome due to overuse of the non-paralyzed arm after stroke. For two years, 67 people in the study received 1500 mcg of vitamin B12 a day, and the remaining 68 did not. After two years, there was a significant improvement in the group taking vitamin B12 compared to the untreated group.

If non-surgical methods have not worked and the pain from carpal tunnel syndrome has continued for over 6 months, surgery is recommended. Performing surgery on someone with carpal tunnel syndrome may help to prevent long-term complications. Types of surgery most commonly performed are open-hand surgery and endoscopic surgery.

Ergonomic assessment of the work and home stations is another pain treatment solution. By changing jobs or the way work is completed (even in the home), benefits can be experienced by anyone who constantly uses their wrists and hands at work. Those who cannot afford to switch occupations or modify their home environment may consider taking frequent breaks, constantly switching tasks, or using tools to aid in work. Even switching to an ergonomic keyboard for typing can greatly help in pain relieving symptoms. These methods may be helpful in reducing the symptoms of carpal tunnel syndrome.

Hellerwork is a form of bodywork that has three main components:

1. Deep tissue work – treatment usually begins with work on the soft tissues around the forearm and wrist.
2. Education about correct posture and movement, ergonomic assessment of the workstation (e.g. chair too low, monitor too high)
3. Dialogue to address emotions that lock muscles into “holding patterns” and affect breathing.

People often begin to notice a reduction of symptoms in one to three sessions.

Feldenkrais is a form of movement re-education. People are taught individually or in group sessions on how to move their bodies more efficiently to improve their coordination, reduce joint stress and muscle strain, and improve flexibility.

Newer Chakras 101: What Are Chakras? A Basic Introduction
Back to list
Older 9 Natural Ways to Whiten Your Teeth