13 Tips for A Healthier Thanksgiving

13 Tips for A Healthier Thanksgiving

According to the American Council on Exercise, most of us consume over 4,000 calories in a single holiday meal. That’s enough to pack on over a pound; a pound that often snowballs into a significant spare tire by the New Year. You may not even realize which holiday treats do the most damage, and not all Thanksgiving dishes are exactly good for you – in fact, many of them aren’t. The good news is that there are a few easy tweaks you can make in your recipes or during food preparation to create healthier popular dishes that are still delicious and flavorful. 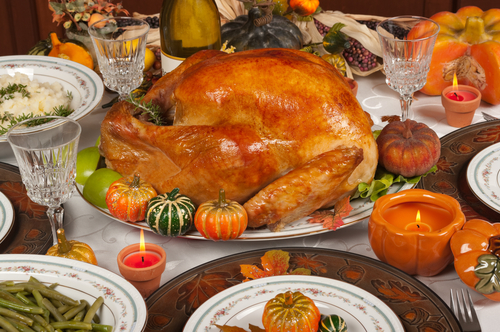 Here are a few of the top tips for making a healthier Thanksgiving meal:

1. Start your Thanksgiving meal with a soup and salad.

This tip starts the meal with two light-calorie courses that will help fill you up. Remember to avoid heavy cream-based soups, sauces, salad dressings and fattening items like croutons and olives.

2. Choose the white meat of the turkey. 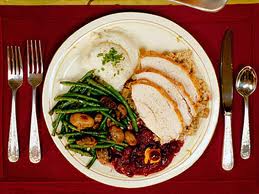 3. Root vegetable dishes can go from nutritious to unhealthy with the addition of only a few ingredients.

The key is to keep things simple—roast, grill or mash your root veggies then use simple herbs and spices to punch up the flavor rather than relying on unhealthy add-ins. Starchier sweet potatoes are full of good-for-you nutrients, including beta carotene, a potent antioxidant and precursor to vitamin A. Substitute root vegetable casseroles for green bean or other green veggies and skip the cream base and fried onion rings on the top.

4. Canned jellied cranberries can be loaded with added sugars.

The cranberries have around 110 calories (and 0 g fat) per¼ cup. Add reduced sugar orange juice, ginger, orange zest, cinnamon, honey or agave and pineapples to have a tart, delicious vitamin C and manganese filled turkey and stuffing side.

5. For stuffing, concentrate on including healthy ingredients, especially vegetables and fresh herbs.

Some recipes also include apples or cranberries, both of which are nutrient-rich. Add in fresh onions, celery, chestnuts and carrots. Finally, substitute any white bread for whole-grain bread to get plenty of fiber in your stuffing and to cut the calories.

6. Creamy soups are much healthier when made from scratch instead of using canned bases.

Even better, make a broth soup with lots of vegetables and you’ll get fewer calories, less sodium and more nutrients. 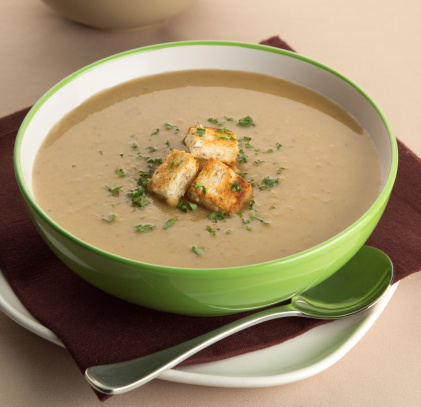 7. Look for dinner rolls made from whole grains instead of processed sugars.

Also, limit the amount of butter you add on to them to cut down on calories and fat. Better yet, instead of bread, opt for quinoa or other healthy fiber rich whole grains such as barley and long grain rice to accompany the turkey and fixings.

8. Macaroni and cheese is a popular dish for the little ones and can be pretty healthy as long as you stick to whole grain pasta, low-fat milk and low-fat cheese in the recipe.

In fact, you can make it even more nutritious by adding in veggies or tuna instead of meat or more cheese.

9. Remove a significant portion of the fat from your gravy by freezing your drippings beforehand.

The fat will float to the top during this process so you can easily scoop it out and throw it away before continuing with the gravy recipe. Additionally, make sure you limit your gravy to a small portion rather than drenching everything on your plate with it. Consider putting a small amount of it off to the side and dipping foods in as you eat. Per¼cup, gravy delivers about 30-60 calories and 1.5-4 grams of fat.

At 316 calories and 14 g of fat per slice (1/8 of a 9 inch pie), pumpkin is a slimmer and healthier choice than apple, which will cost you 411 calories and 19 g of fat for that same-size slice. One explanation for the higher calorie count: the double crust. Another bonus of picking the pumpkin: whipped topping has significantly fewer calories and less fat than the vanilla ice cream often served atop apple.

11. Use a smaller plate for the meal.

Our natural reflex is to clean our plates, no matter how big they are. Taking a smaller plate will allow you to achieve this but you will be consuming far fewer calories. 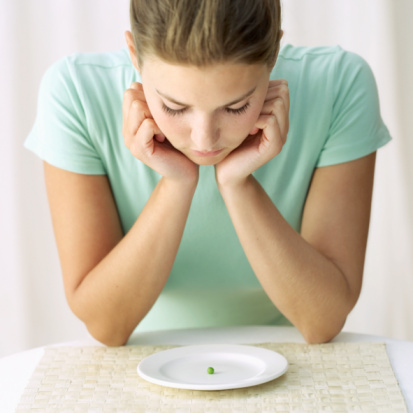 Many people are so busy talking or watching football games during Thanksgiving, that they do not realize how fast or how much they are eating. To keep track, eat food when the television is off or when a conversation is not going on. It will also reduce the danger of choking at the table and allow you to stop and taste the delicious foods. Chewing foods thoroughly with each bite does not require a lot of time, especially with foods such as sweet potato pie and stuffing. Keep in mind that this is important to remember with higher calorie items.

Sitting around feeling stuffed can be really uncomfortable, especially when the tryptophan from the turkey sets in and we start feeling sleepy. Sign up for your local 5K Turkey Trot before dinner takes place, or take a walk around the block before the Thanksgiving meal if possible. After your big meals, try to walk around and move your body as well, because this will promote digestion, increase circulation, burn calories and you can spend time with loved ones without it being a food-related activity.